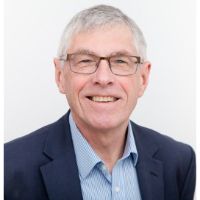 Well known as “Scotland’s Mister Networking” Colin is one of Scotland’s leading business networking skills trainers, sought after speaker and event organiser. For over 20 years he has used face-to-face networking as a key business tool in running several successful businesses. Along the way, he has made valuable connections, developed key relationships, and secured most of his new business and clients through the power of networking.

He now works with businesses and organisations of all types and sizes in the art of effective networking that delivers guaranteed results and returns on investment. Colin also runs his own networking events, seminars and workshops, so if you want to know what’s happening in the networking community and on the networking circuit in Scotland, look no further.